Vaughan Williams wrote, "If I wanted to show the intelligent foreigner something worth doing which could only possibly come out of England, I think I would show him something of the work of Milford..."

If it's Ever Spring Again will be performed at a concert of songs at Holy Trinity, Minchinhampton GL6 9BP near Gloucester on Friday May 27th. See Upcoming Concerts – Music In Country Churches.

Peter Hunter has added four new articles to the About Robin page. Best wishes to all our friends as we struggle on through these difficult times.

Peter Hunter has written a piece on this subject - see the About Robin page.

Peter Hunter has written an article about Robin's piece for children - please see our About Robin page. Contributions to this page are welcome.

406 listeners from 38 countries have spent 308 hours on 4,600 streams of Milford music from Spotify. Pleasing!

It has been a terrible year for professional musicians, who are at the back of the queue for support in the UK. Very concerning.

Three works for strings and piano have been dug up recently from the vaults of the Bodleian Library and digitised (put into computer ready for printing) by Ian Abernethy, Chuck Cushinery and David Pennant ready for a recording session later in the year. Three Piece Suite, Prelude and Fugue and Rhapsody. Pleasing.

We are sad to announce that Christopher Finzi, the son of Robin's great composer friend Gerald Finzi, died on November 28th 2019. See his Wikipedia entry here and an obituary in the Times here.

Ben Ridler has joined us as a trustee. His mother Anne was a founding member of the trust. Ben enjoys performing Robin's songs. Welcome on board.

After thirty-three years' service, Auriol Milford is retiring from being a trustee. During that time, Robin and his music have emerged from the shade. Many thanks, Auriol! If anyone would like to consider helping by becoming a trustee, please get in touch for details.

The London Music Press is making more of Robin's sheet music available. See here. Many thanks.

Please tune into BBC Radio Three on the first date to hear Robin's Symphony as recorded at Dorchester Abbey by the BBC Concert Orchestra in May (reviews here, here and here), and visit the Musicians of All Saints for details of his concertino for piano and strings on the latter date at Lewes in Sussex.

Fifteen of us will be gathering for a meal at the George Hotel at Dorchester at 1730 on Friday 24th May before the concert in the Abbey in the evening. If you would like to join us please get in touch. There is also an Organ piece by Robin being played the following day.

The BBC Concert Orchestra will be starting off this year's English Music Festival at 1930 at Dorchester Abbey near Oxford with five premieres no less, including Robin's symphony. Tickets on sale from March 15th.They may go quickly. Programme at www.englishmusicfestival.org.uk. The event will be broadcast on Radio three. Following our fine lunch at Brown's Restaurant on January 22nd (where contrary to unfounded rumour I did NOT dance on the tables) we will be laying on a get-together for 'Milfordians' on the day. Please watch this space.

Emma Sheppard will be performing Robin's four pieces for viola at Doncaster at 1300 on Wednesday 16th January, see

https://www.emmasheppardviola.com/concerts, then scroll down for the organ recital on Tuesday January 22nd in London, and on Friday May 24th Robin's Symphony will be performed by the BBC Concert Orchestra at Dorchester Abbey near Oxford at 1930, see

Thomas Allery and Mary-Jannet Leith will be performing near you in 2019. They kindly hosted the Robin Milford Festival in Oxford in 2017. See https://www.ensemblehesperi.com/

Dr Anthony Gritten will perform Robin's Six Easter Meditations at 1310 at St George's Church Hannover Square London. We trustees will be having lunch at Brown's restaurant in Maddox Street at 1130, a hundred yards from the church - come and join us (at your own expense. Sorry, our funds are for promoting the music not for an ad hoc wind ensemble). Fun!

Midwinter and God be in my Head are on a CD by Worcester College choir Oxford called Unfading Splendour directed by Thomas Allery. Peter Hunter has produced a book of Robin's correspondence and War Diary. Finally Ryan Kerr conducted the Elvet Sinfonia of Durham in a performance of Milford's first symphony on May 5th.

Featuring discussions with leading experts on Shaw, a man described by Iain Burnside as 'the missing link between Ralph Vaughan Williams and Benjamin Britten.' The first major event dedicated to Shaw, this is a not to be missed event for enthusiasts of lesser known English composers.

The delightful Flute Sonata in A is receiving another performance this coming week by James Dutton at St. James' Piccadilly. The recital begins at 1.10pm. The Trust is indebted to James for his dedication to the work and if you are in the area why not take a bit of time out to enjoy the music.

The new edition of the Milford News can be downloaded for free from here. The periodic newsletter of the Robin Milford Trust, this edition includes:

If you would like to include any information for future editions please contact Peter Hunter at pdhunter@hotmail.co.uk.

We express our sincere gratitude to Stewart Thompson, Robin Wood and Dr Martin Ellerby for their assistance and encouragement in this collaboration. Stewart, in particular, has taken on the role of an ex officio Trustee in the absence of Dr David Pennant during his prolonged serious illness.

Stewart is working in close conjunction with Peter Hunter on Trust business. All enquiries regarding Trust matters and Milford's music should be addressed to Peter (pdhunter@hotmail.co.uk) or Stewart (jhlewisarchive@londonmusicpress.com )

This will take place in Oxford during October 21 - 22. Thank you.

Hear Robin's Elegiac Meditation on Saturday July 9th at 1945 at the All Saints Centre, Lewes, and come back on Saturday 4th March 2017 for more . . . 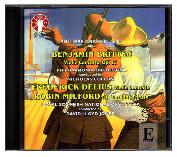 Dutton Vocalion have recorded The Darkling Thrush, coupled with Britten and Delius Violin Concerti. Much to enjoy here.

A new book, Robin Milford, A Composer Illuminated by his Personal Correspondence and War Diary (volume 1, Printplanet, 2015) by Peter Hunter, is available from the author: pdhunter@hotmail.co.uk

Thanks to Ian Abernethy who has now digitised the piano concertino for use in the autumn in London.

Robin's Miniature Concerto for Strings was performed in the final concert of the English Music Festival on Monday 25th May 2015 at Dorchester Abbey. It was also the subject of a summer workshop for strings in June 2015 for students in a small city in the Mojave desert in southern California.

David Crocker, one of our most faithful Milfordians, has once again included Robin in his annual organ recital as part of the 2015 Tavistock Festival.

Thank you David for being such a loyal promoter of Robin's music.

Summer Strings is a week-long chamber music camp for intermediate and advanced string players running from June 8-12th 2015. During the week the group will focus on two main pieces: "Miniature Concerto" by Robin Milford and Corelli's "Christmas" Concerto Grosso.

More details as they become available.

Ian Abernethy has kindly digitised the Concertino for Harpsichord so that it can be played by Margaret Fingerhut and students. Many thanks! 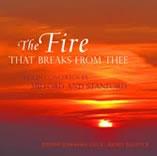 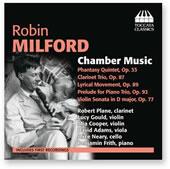 Robert Plane and others have issued a CD of seven pieces of chamber music by Robin - released 6th October 2014.

The CD was Musicweb’s “recording of the month” and is reviewed by Philip R Buttall.

BBC Radio 3 selected Robin Milford as the penultimate composer to be featured on their "Best of British" playlist in 2014. They chose Robin's Fishing by Moonlight to play on the 30th December, with the final New Year's Eve show being given to George Frederic Handel. A full list of the British composers selected for this series is available to view on the BBC Radio 3 website. Makes for interesting reading! 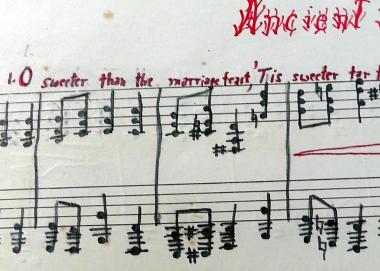 A setting by Robin Milford of part of The Ancient Mariner has surfaced. Robin presented this to his grandparents for their Golden Wedding.